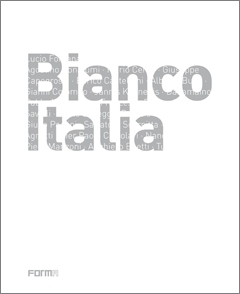 Bianco Italia is the catalogue of the exhibition (Paris 25 April – 20 July 2013) that the Tornabuoni Art gallery dedicates to the Italian avant-guard artists who were pioneer in the use of the white monochrome. The exhibition gathers almost 50 works by artists who, at the end of the 1950s, experimented with the pureness of this “non-colour” creating a true commune archive. The itinerary presents works by Vincenzo Agnetti, Alberto Biasi, Alighiero Boetti, Pier Paolo Calzolari, Enrico Castellani, Dadamaino, Lucio Fontana, Piero Manzoni, Fabio Mauri, Salvatore Scarpitta, Turi Simeti, Nanda Vigo and other intepreters of the “Italian white”.