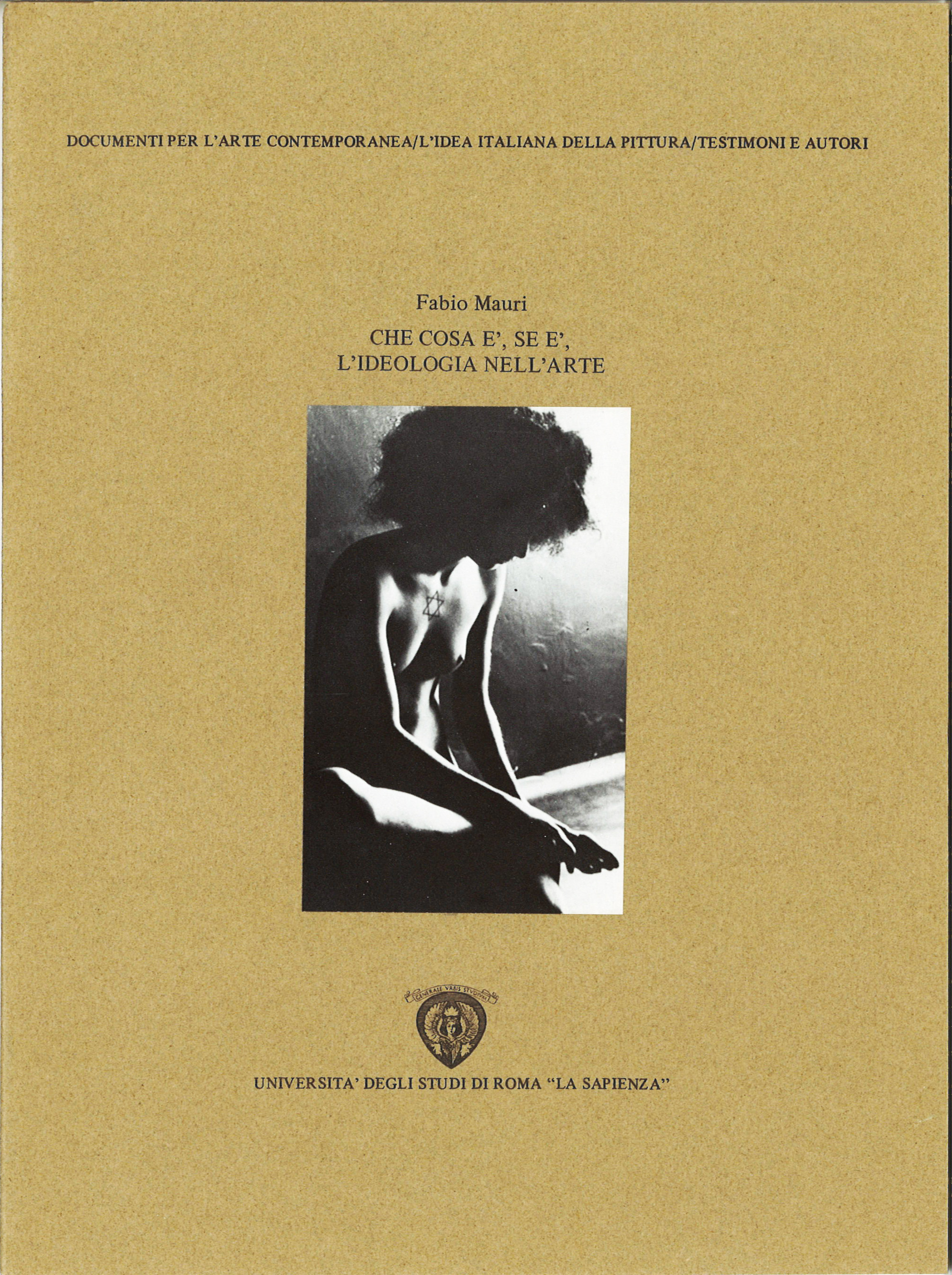 “The ideological theme as central and historical object for the artist, seen as intellectual, as connection to the reality outside himself and inside the culture of his time has been my main occupation and cause for reflection since 1964, and the centre of my work since 1970”. In the 1980s, with these words Fabio Mauri re-read his artistic journey and explicitly linked the ideological question to his work. The development of thoughts and ideas that took place during Mauri’s long artistic career is complex and stratified, and cannot be limited to the field of visual arts and aesthetics: it is closer to a philosophical search aimed at investigating the role of man in the world and his relationship with history. In this meticulous investigation between poetry and history, ideology is not considered merely as political commitment, but as category of thought and, as such, it constantly evolves side by side with the artist’s quest. Political commitment, aesthetics, criticism, self-criticism and memory are some of the endless meanings of the word “ideology” expressed in the artist’s accurate and deeply poetic formal research. Mauri has never been politically active; he has been, on the other hand, a mild eighteenth-century-like man: poet, philosopher, intellectual, a dreamer of the reason thinly tied to the present but projected to the future; restless experimenter, as he himself wrote.