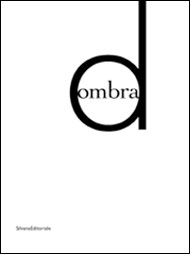 This catalogue accompanies the exhibition at the Palazzo delle Papesse in Siena dedicated, together with the MAN in Nuoro, to the theme of shadow: an intriguing topic which has
fascinated generations of artists for centuries. In art, literature and in the collective imagination, everything which doesn’t have shadow is creepy and disturbing, and not only: the shadow, as darkness or dark silhouette, represents the secret part of people and objects. Every shadow is a spell: untouchable but recognisable, it is like a ghost which is impossible to penetrate.

This unique exhibition presents a selection of contemporary works dedicated to this ancient topic: for these artists, the shadow is the motive and main signifier of the image, and - deeply conntected to the structure of human psychology - it alludes at the “other” side of the personality and at everything dark and mysterious is hidden behind it. The catalogue also include two critical essays written by Lea Vergine and Lorenzo Fusi, as well as the biographies of the artists.