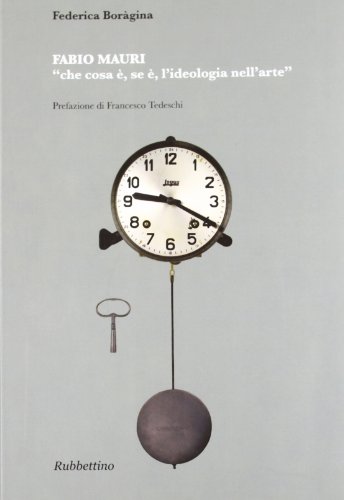 “Ideology as central and historical object for the artist (here seen as intellectual), as the reality outside the artist and inside the culture of their time has been what I have been reflecting on since 1964, and what I have been working on since 1970”. In the 1980s, Fabio Mauri gave with these words a new interpretation to his artistic journey and explicitly linked the ideological theme to his works. What does it mean for the artist to consider the ideological theme as object of their artistic endeavour? The mental journey made by Fabio Mauri during his long artistic career is complex and stratified, and it is not limited to the world of visual arts and aesthetics only: on the contrary, it is close to a philosophical research aimed at examining the role of humankind in the world and its relationship with history. During his meticulous investigation conducted on the boundary between poetry and history, ideology is not considered, as it normally happens, just as political commitment, but as one of the categories of our thought and, as such, it evolves as the research of the artist evolves. Political commitment, aesthetics, criticism, self-criticism and memory: these are the endless meanings of the word “ideology”, expressed in an accurate and extremely poetical formal research. Mauri has never been a political activist: on the contrary, he has always been an “exquisitely eighteenth-century man”, a poet, philosopher and intellectual, a “dreamer of reason” tied to the present but projected to infinity; a restless experimenter, as he wrote himself, “etc.”.