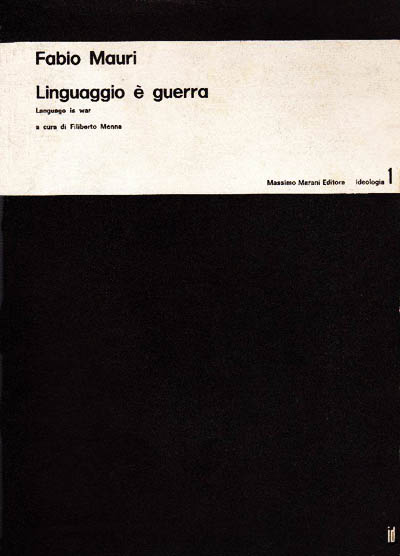 “This book comprises photographs not taken by the author himself: they are photographic reproductions taken from magazines covering the Second World War. They have been stamped, therefore they gain a new value. In this way, sort of embezzlement takes place: the pictures were first taken by the photographs who were present at the time of the war; they were then reproduced and used in biased means of communications for propaganda purposes; then again presented as historical accounts extracted from their archaeological context, cut and modified according to a new theory, divided between the signs of language and the man behind those signs; finally, they are presented in sequences which express an interpretative idea in a linguistic way: the use of pictures is deceptively harmless. Language is war deals with the role of language in wartime”. (Fabio Mauri)