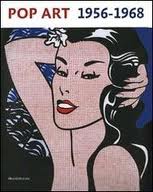 At the Scuderie del Quirinale in Rome a great exhibition curated by Walter Guadagnini presents – 50 years after the beginning of the movement – a concise and high-quality analysis of the main themes and artists of the Pop Art. The time frame is from 1956 to 1968, which symbolically represents the end of the movement from the cultural and social point of view.

By presenting almost a hundred works by 50 different artists, this exhibition is strongly focused on international art, and it combines the most famous and acknowledged American and English works with the more peculiar French and Italian contributions to the movement, as well as with isolated and less known Spanish and German examples.

Paintings, sculptures, combined paintings and the frequently used and dear to the American tradition flags: everything was used by these artists to interpret, depict, glorify, destroy the image and mass media society and the rituals and myths of their time, which seems to be more and more a premonition of our world.

Thanks to this selection of works we can have a taste of all the different sides of the movement, from the use of images taken from show business and mass media to the artists’ ambivalent approach, to human body to the reflection on the object as fetish or icon, to the relationship with traditional and “high” art, to the references to contemporary society and to consideration on the reproducibility of images.

The aim of the exhibition is to confirm the identity of the Pop Art artists as true peintres de la vie modern and, at the same time, to the complexity of interpretation that hides behind their colourful but never shallow images. The catalogue gathers all the works on display along with interpretative texts written by Walter Guadagnini, author of the introductory essay. It also includes a text written by Lóránd Hegyi and dedicated to the diffusion of Pop Art in Europe and to Figuration Narrative, and one on the critically acclaimed Venice Biennale in ’64, the pivotal moment of the success of American Pop Art in Europe, written by Daniela Lancioni. The biographies of the artists and an essential bibliography complete this catalogue.