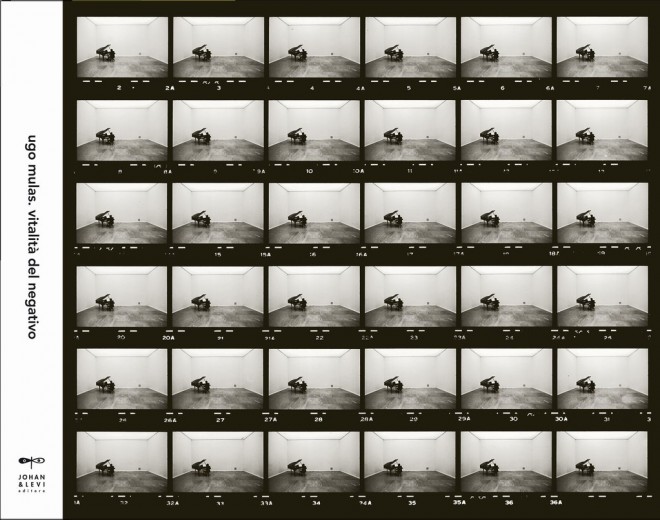 Ugo Mulas, the most precise photographer on the international artistic scene of the time, was called to give account of the exhibition, for which he realised, with his unique style, the photo reportage. Forty years later, the volume focuses on this account, which has so far remained mostly unpublished due to the untimely passing away of the photographer: the almost 130 images offer a journey through the artists, the installations, and the viewers, as well as a clear photographic account of a pivotal exhibition for the history of Italian contemporary art. This catalogue is also a useful and interesting chapter in the history of photography, which examines the personal research of the photographer and his dialogue with the artists: during the inauguration of Vitalità del negative, Ugo Mulas took one of the first pictures of the series of works Verifiche, which, because of its formal precision and the analysis of the means, is considered as one of the most important photographic accounts of the time.