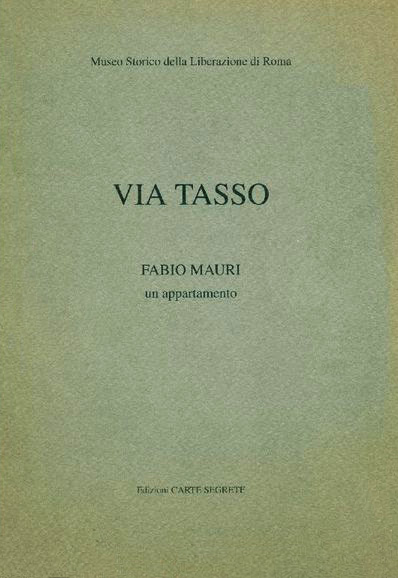 Exhibition catalogue curated by Carolyn Christov-Bakargiev and Ludovico Pratesi (Museum of the Liberation of Rome 1993).

This series of speeches and meetings with the artists organised in Via Tasso was a tribute to the people held captive in the building rented out by the Ruspoli family to the German embassy, which turned it into a SS prison from September 1943 to June 1944.