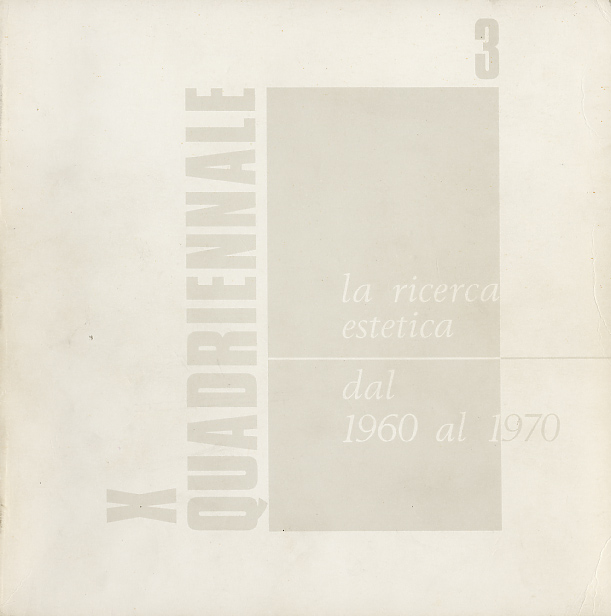 A new selection procedure of the works displayed at the exhibition is introduced on the occasion of the X Quadriennale: only the artists who have been invited can take part in the exhibition. The sales office doesn’t exist anymore, and more space is given to educational initiatives. In the climate of the ’68 movement all the prizes are ablolished as well: despite the attempts to modernise the exhibition, the Quadriennale was met with increasing criticism coming from the world of art - even some “rival” cultural initiatives like Prospettive 5 and a “Anti-quadriennale” were organised. The biggest change, however, is the structure of the exhibition: the programme now doesn’t include a single exhibit anymore, but five different events from 1972 to 1977. The third exhibition, La ricerca estetica dal 1960 al 1970 [Aesthetic research from 1960 to 1970], manages, according to the critics, to catch the cultural and artistic agitation of the previous decade: Neo-Dada, Pop Art, Kinetic Art, Environment, Happening, Arte Povera, Behaviourism. The project is by Costantino Dardi in collaboration with Giancarlo Leoncilli and Ariella Zattera.