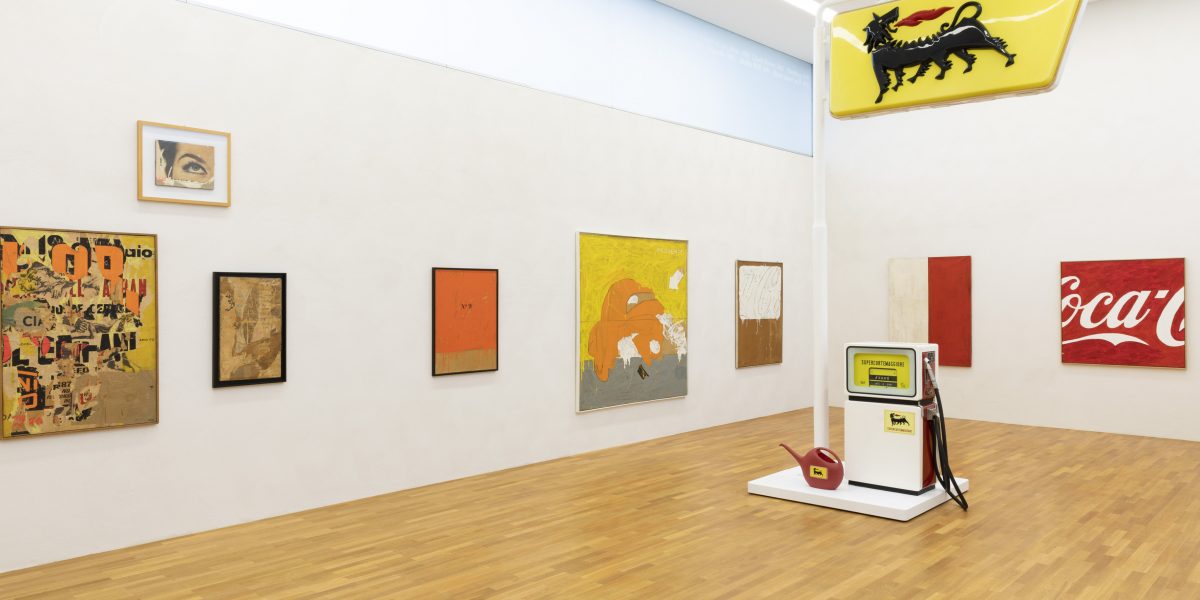 “Tutto,” the title of the exhibition, was taken from the eponymous work by Alighiero Boetti from 1986. It is an iconic work from the last series of his embroidery work, in which he unites the principles of his artistic practice. The central concern of many of these artists was overcoming the two- dimensional canvas, as exemplified by Lucio Fontana in his “Concetto spaziale” in 1954. Through works of painting and photography, the show provides insights into various artistic approaches that combine the concepts of opening, expanding and overcoming traditional panel painting. The artistic positions range from experimentations with the canvas, as displayed by Carla Accardis, Enrico Castellanis and Agostino Bonalumis, to material explorations, as in the work of Piero Manzoni. Further emphasis is placed on the relationship between image and text and visual poetry in experimental works on paper, as well as conceptual photography from the 1960s and 1970s. The exhibition is supplemented by an extensive selection of documentary material from the archives of the participating artists. The multitude of different art forms, such as photographs, posters, invitations, work notes and objects – unite to create a multifaceted overall picture. A modified version of the exhibition was on view between October 2018 and March 2019 at the Museion in Bolzano. At the presentation in Munich, a third partner, the Neue Sammlung, was gained for the international cooperation project. The transgressing of boundaries in Italian art of the post- war period manifests itself not only in artistic concepts, but also in design. The exhibition in the Sammlung Goetz is complemented by objects of Murano glass and loans of new Italian design, while two works by Alighiero Boetti in the rooms of the Pinakothek der Moderne enter into a dialogue with other design objects. An extensive and richly illustrated catalogue published by Hatje Cantz Verlag accompanied the cooperation exhibition between the Museion in Bolzano and the Sammlung Goetz and is available for EUR 29.90 at the museum and in bookstores. With works by Carla Accardi, Vincenzo Agnetti, Giovanni Anselmo, Nanni Balestrini, Gianfranco Baruchello, Alighiero Boetti, Agostino Bonalumi, Luciano Caruso, Enrico Castellani, Giuseppe Chiari, Giorgio Ciam, Dadamaino, Giuseppe Desiato, Luciano Fabro, Lucio Fontana, Luigi Ghirri, Emilio Isgrò, Marcello Jori, Ketty La Rocca, Arrigo Lora- Totino, Piero Manzoni, Elio Mariani, Plinio Martelli, Stelio Maria Martini, Fabio Mauri, Maurizio Nannucci, Ugo Nespolo, Germano Olivotto, Giulio Paolini, Claudio Parmiggiani, Giuseppe Penone, Achille Perilli, Gianni Pettena, Michelangelo Pistoletto, Mimmo Rotella, Salvatore Scarpitta, Paolo Scheggi, Mario Schifano, Franco Vaccari, Emilio Villa, Michele Zaza