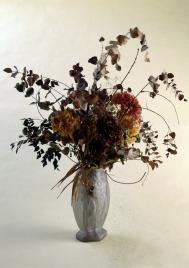 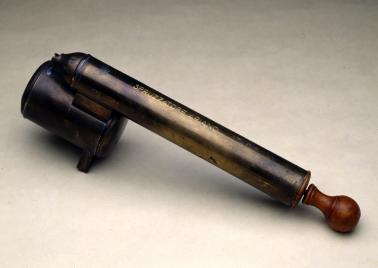 The exhibition Ariano [Aryan] (1995) was conceived gradually, as counterpart of Ebrea.

It is an exercise whose aim is to develop a concept that will enable us to understand a new category, that of the “un-prosecutable”. It presents a series of objects that do not awaken painful memories but, quite on the contrary, ironic modernity. An uncompassionate spirit overflows on those who took on the “Aryan” identity as sign of self-confidence, on the (un)aware racists, on the apparent, on the unavoidable member of the middle class who only protects their own interests, and who sees as a fit, Aryan instrument the objects that represent them.

The “good” suit on the mute servant, the suitcases, the hat boxes: these are the witnesses of the traditional belonging to a community that consumes its own prejudices. The variety of the objects simulates an only apparently paradoxical totality. From being classifying, the term becomes insulting. (Dora Aceto)