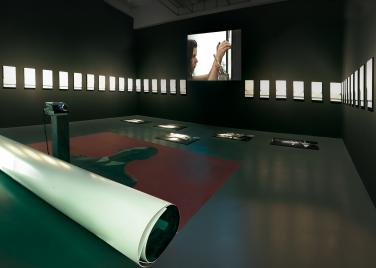 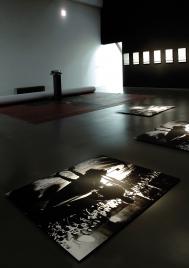 The installation Fatto bene! [Well done!], curated by Marco Bazzini, is presented in 2008 for the 20th anniversary of Museo Pecci in Prato. Mauri’s elaborated installation showcases the video account of the performance presented at Centro Pecci for the exhibition INSIDE OUT in 1993. Not to overlap with the exhibition at the XVL Venice Biennale and with the retrospective Fabio Mauri. Opere e Azioni 1954 – 1994 at the National Gallery of Modern and Contemporary Art in Rome, Mauri conceived a retrospective of performances only: Che cosa è il fascismo (1971); Ideologia e Natura (1973); L’espressionista (1980); Che cosa è la filosofia. Heidegger e la questione tedesca. Concerto da tavolo (1989).

By presenting again his performances (some after 20 years, some others after fewer years), Mauri wants to see if the passing of time changes the original impression created by the form of art of the performance – here reproduced in the exact same way – on an audience which is deeply different for age and knowledge of history.

The author found with his surprise that the success of performances was not directly proportional to the knowledge of the historic events they referred to: they had remained intact in their original form.

The performance was as uniform as a painting or a sculpture, and it never lose its most distinctive features of event without plot or moral: it did not become theatre, but it remained an idea living in the mid-space between happening and theatre. This invention, which Mauri considered as ancient, was still intact. (Dora Aceto)