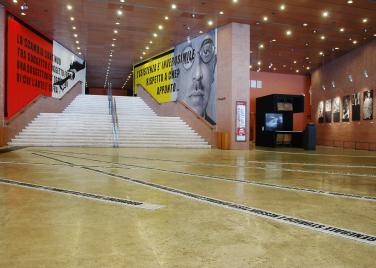 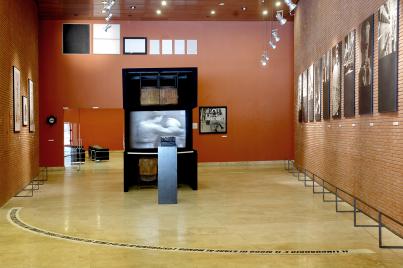 The installation L’universo d’uso [The universe of use], 2008, is set up during the Festival della Filosofia at the Auditorium Parco della Musica in Rome.

The universe that we see on display is untouched in its expressive quality as well as in its deep uncertainty. This universe has essentially been used more than inspected.

The cosmic question often seems to coincide with the theological question.

Even if he artist doesn’t answer, he doesn’t deflect his attention: like a hunter, the artist tries to aim at the right target, he wants to shoot at the extremes and is aware of the significance of his existence.

The theme of the exhibition is learning how to face death by constantly reflecting on life. (Dora Aceto)