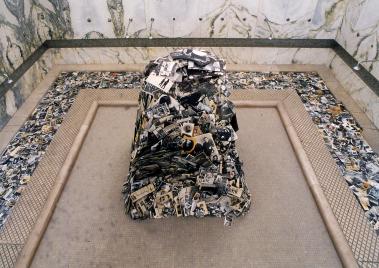 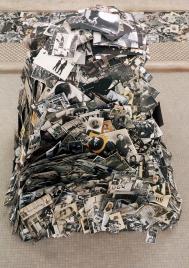 With his Varcare la soglia [Crossing the threshold], in 1997 Mauri takes part in an exhibition held at Villa Glori, the centre for terminally ill AIDS patients.

The artist fills an old therapeutic swimming pool for ill children with thousands of pictures (approx. 15,000), in order to recreate a collective memory in which private lives and events interweave with universal and global events.

In different periods, these pictures create their own age thanks to very similar images of faith in life. They have only one thing in common, a legacy from memory: death. Be it natural, in war, in an accident, of exhaustion or for an illness, death meets us in different ways, but it is a personal interruption for all of us.

As if what we lived were the only real parameter against which we can judge our life, death included.

The peaceful, slightly narcissistic, or dramatic images of the war remain absurd and at first discordant. The details, the uniforms, and even the hopeful faces of the photographers seem awkward at first, but then, in the repetition of types and situations, they become as familiar as life, as familiar as death, which - almost casually - limits life itself. (Dora Aceto) 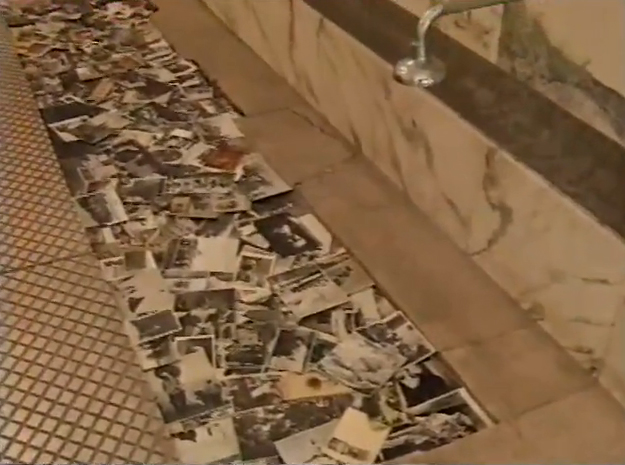