Gran Serata Futurista 1909-1930 [A Futurist Grand Soirée 1909-1930] premiered at the Teatro Comunale in L’Aquila with the students and teacher of the Academy of Fine Arts of L’Aquila and the extraordinary participation of Toti Scialoja in the role of Palazzeschi; Maurizio Calvesi in the role of Critical History; the performer Joan Logue plays Cangiullo’s Poetry in Staves; the dancer Hilary Mostert dances on Marinetti’s words. The arrangements are by the maestro Antonello Neri who interprets Silvio Mix’s and Luigi Russolo’s scores, and Giancarlo Gentilucci is the assistant director. The show is divided into three parts to highlight the various and numerous Futurist languages and inventions, from the period before the war (Interventionism), to the years 1915-18 (life on the front line) up to the post-war years (delusion and dispersion of the Futurist movement). Well aware of the innovations of the historic Avant-garde, Mauri analyses Futurism and philologically reconstructs the texts of the Parolalibero (“freeword”) Theatre and Poems, of Pentagrammata (in staves) Poetry and of Luigi Russolo’s and Silvio Mix’s scores. As example of Futurist Cinematography – rare and almost entirely lost – Mauri projected a short he found at the Istituto Luce in Rome, possibly by Settimelli and Corra. The animation of an abstract drawing whose author may be Balla but whose style is very close to Corra’s, can be seen in the film. The function of the band – which is sometime in the audience, sometime on stage – was to evoke some key episodes: the outbreak of the war, the Futurist funeral, the final victory. There are more than 50 characters, and the show is 4-hour long. (Dora Aceto) 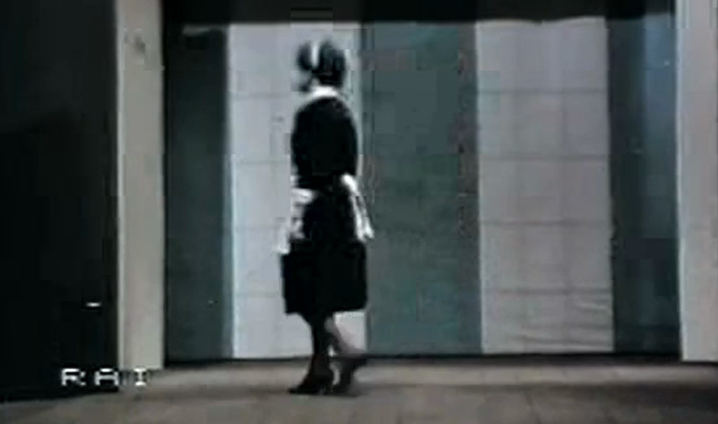