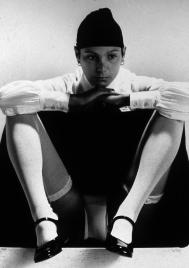 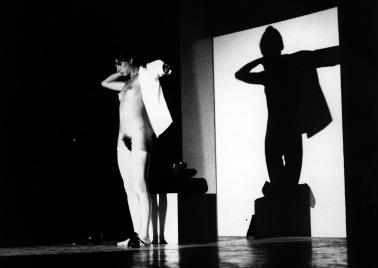 Ideologia e Natura [Ideology and Nature] is a performance presented at the Galleria Duemila in Bologna in 1973.

A young girl continuously takes on and off the fascist uniform of the “Young Italians”.

First she is standing in front of a white cube, and performs this “undressing/dressing up” in a very natural and spontaneous way; then, following the rhythm given by a metronome, she starts proceeding in a more logical order.

The different ways in which she wears the same clothes every time change the ideological value of the uniform, and make the viewer wonder why she is wearing them in such an unusual way.

Her image changes according to her imagination and to the inventive and random ways in which she wears the uniform: from a Ku Klux Klan member, to Harlequin, to a member of the circus.

This journey towards a symbolical nudity highlights how the only real fact is nature, which prevails on every outfit imposed by culture or by the current ideological imagination. (Dora Aceto)

1993 – Inside out, Museo Pecci, Prato; Retrospective of Performances, curated by Ida Panicelli 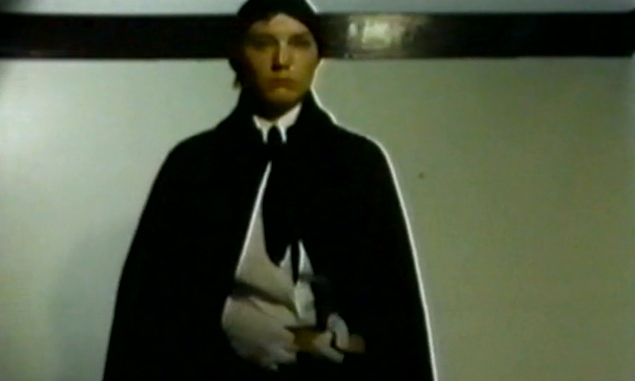 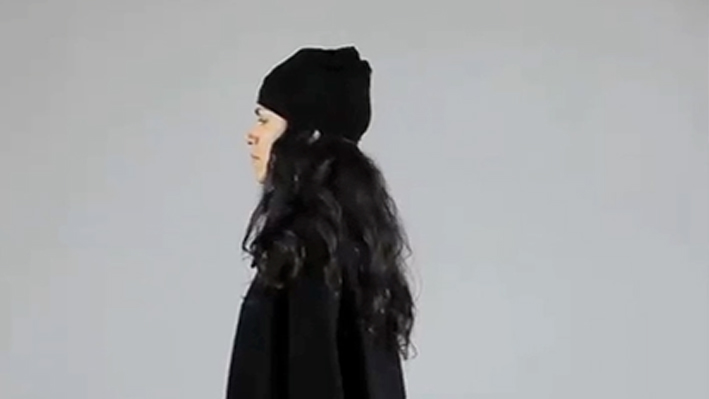