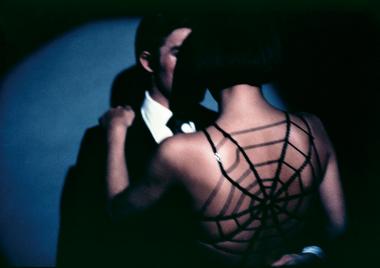 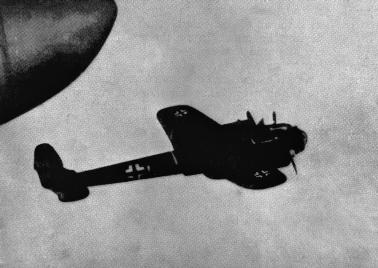 Oscuramento (Obscuring), dating back to 1975, is the reconstruction of a historical situation of uncertainty and finality, in relation to both the Great War, and to the Italian "Anni di Piombo" ("Years of Lead") and the atmosphere of death they created.

The action is arranged in three spaces and phases: the first, "Intellectual", takes place in the Cannaviello Gallery in Rome. The film "Red Psalm" is projected onto its creator, Miklos Jancsò. The shirt of the director becomes the screen on which the film is seen, giving birth to a new meaning. Jancsò becomes the image of the character who is affected by his work and reflects it back.
"History", the second phase, occurs in the Wax Museum in Piazza S.S. Apostoli. Three buses transport the public from the Gallery in Piazza Navona to the Wax Museum.
Visitors are lead into a powerful illusion, in which real actors are scattered amongst the wax statues. In a room, the singer Maria Carta performs a surreal lament, "Umbras", walking up and down an empty room. On a small platform, wax statues reproduce the assassination of Abraham Lincoln. The female (wax) character is substituted for a real person (the model Dia Do Nascimento). Many scenes of the Wax Museum reproduce episodes of contemporary history that were never seen; for example, The Sitting of the Great Council of Ministers, on a proposal by Minister Grandi. The end of the Fascist Regime is being voted on.
At the end of the second phase, the public is invited to go to the study of the photographer Elisabetta Catalano, with an entry ticket with the word "Refreshment" (consumazione). Here, the third phase takes place: "Obscuring", at the end of Piazza Santi Apostoli, where the Wax Museum is located.
In the study, the oppressive atmosphere of war is recreated. The window panes are obscured by a series of photos of powerful and oppressive contemporary international political figures. The audience is offered a "war coffee", made of dregs, a historical drink with a specific flavour. A Vogue model and a fashion designer (Danka Schröder and Gil Cagné), exhausted, dance along to the melodies of hits from the Thirties and Forties, in a space encircled by chairs, with the jackets, the bag and the hat of the two protagonists. On a tower of metal tubes, an anti-aircraft light scans the sky and the horizon of the large studio. A remote sound of aerial bombing can be heard.
The unfolding of these events through space and time, instigates a symbolic journey back to the inner feeling of living in dangerous and dramatic circumstances, in which life is not suspended, but affected at the core, moving with great difficulty on the edge of the abyss, fruitlessly entertaining a series of tender moments: dance, music, a semblance of elegance. Joy is confined within the physical obscuring of life.
Date and place of exhibition
1975 – Galleria Cannaviello - Museo delle Cere - Studio Catalano, Roma
Indietro