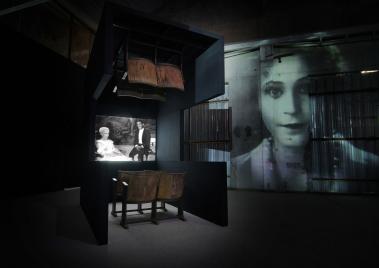 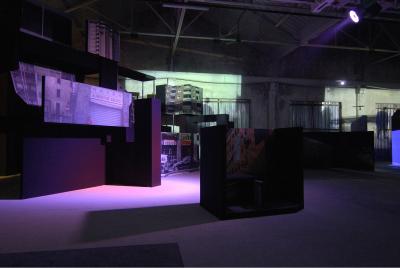 Inverosimile [Unlikely] is an installation presented at the HangarBicocca in Milan in 2007.

Through settings, film projections and a performance by the actor Luigi Lo Cascio, who, speaking from a suspended crane, recites a passage from the Book of Revelation, Mauri suggests a re-definition of the work of art as synthesis of collective memory as in its modern connotation.

A journey through Mauri’s fifty-year long career, which is, at the same time, a journey through the contemporary Italian social and collective memory. “Suppression”, “relocation” and “diaspora”: these are all themes that - swinging between autobiography and history – can be found across the entire body of work of the artist.

Mauri’s Inverosimile does not have to be viewed from a specific perspective: the spectator stands in the centre of the image, where outlines and proportions blur. The audience is inside the meaning itself, as it often happens in real life: overwhelmed by the violence of impressions and by deaf, isolated images with no echo.

A film is shown on repeat, and we can read the names of the main characters, of the crew, of the stage technicians and the extras. As a waterfall, it floods several metres of canvas.

This is the cinema people: a specific script of people for which cinema represents the main focus of their attention and the prime object thanks to which they can build their consciences. “Without the cinema”, the artist writes “there is not enough experience, no more history of the world”.

A soundtrack joins the voices coming from the film, creating a distinct auditory chaos. According to the author, this is the specific semichaotic acoustics of life: its metaphysical tone is here physically represented as a mysteriously concrete fact. (Dora Aceto)

2007 - Not afraid of the Dark, HangarBicocca, Milan, curated by Bartolomeo Pietromarchi 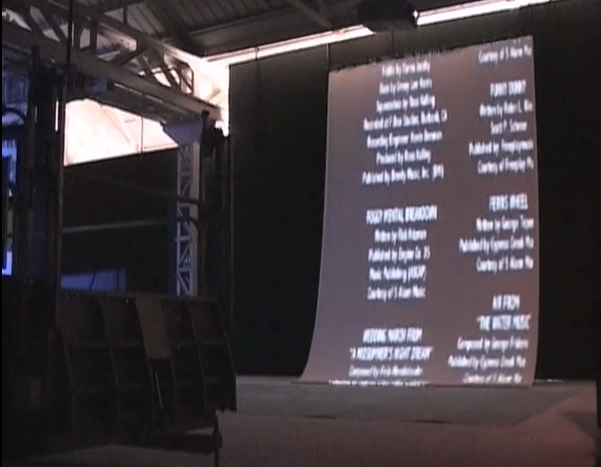