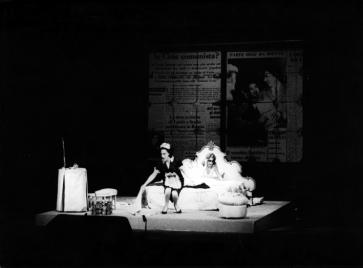 Scenography and photography by Fabio Mauri

Vivì is a show girl who, after several disappointing relationships, meets in a popular bar the pilot Sinclair Mac Lean. What she thought could be the great true love turns out to be, eventually, another illusion: after making his appearance in the club where he met Vivì with his wife, Sinclair is killed by his abandoned lover.